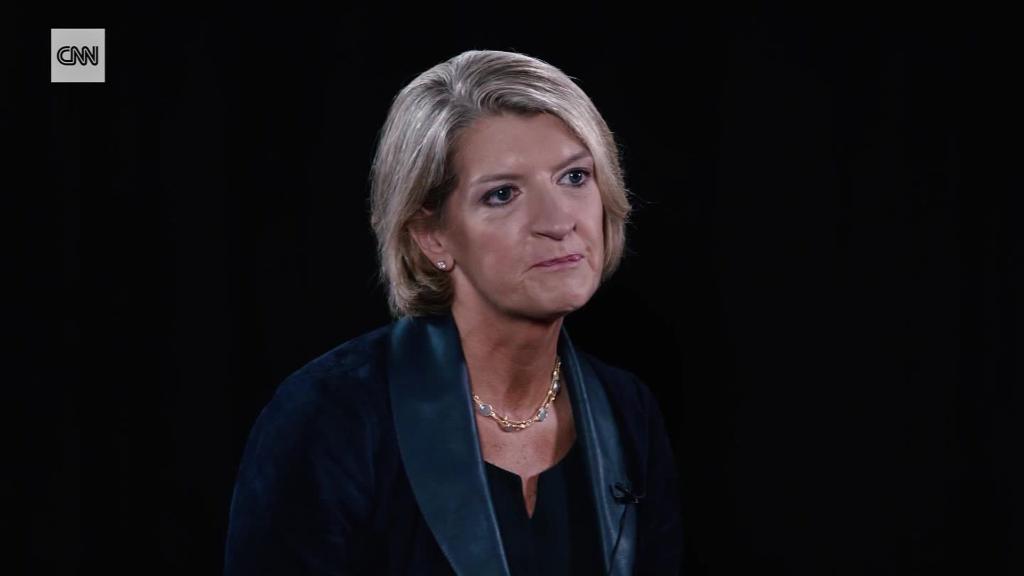 Beth Ford's first job paid $2 an hour. Early in the morning, she climbed on the school bus to go detassel corn, joining other kids in Sioux City, Iowa, who did it as a summer job.

"Back then, two dollars an hour, that was real money," Ford tells CNN's Poppy Harlow in the latest episode of Boss Files.

Now, as the first female CEO of Land O'Lakes — and the first openly gay female CEO in the Fortune 500 list of largest US companies — Ford remembers a conversation with her mother years ago that taught her that "while we may not have everything, we have enough, and given what we have, much was expected of us."

Ford has a vision for Land O'Lakes. She wants to transform people's perceptions of the butter and cream company and refocus attention on the efforts it's making in the ag-tech space.

"My vision is to continue to invest in technology," she says. "You have to have agility. E-commerce and e-business and technology is disrupting all industries, including agriculture, and there's an opportunity when you have an insight-driven, technology-focused company, as I believe Land O' Lakes is."

The future of Land O'Lakes

In July, the United States slapped tariffs on $34 billion worth of Chinese imports, a move China called the beginning of "the biggest trade war in economic history." In response, China imposed tariffs on billions of dollars worth of US exports, including cotton, dairy and soybeans.

"Grain farmers, growers, and producers across the US are all affected by the uncertainty churning around trade negotiations and retaliatory tariffs," Ford says. "Export market access is critical to these farmers and the agriculture industry and we're seeing a slowdown due to uncertainty in the trade environment."

Ford says she's spoken with soybean farmers and others concerned with the tariff politics.

"What I would tell you is that our farmer members are supportive in understanding that the administration is trying to do something on intellectual property theft," she says. "They want to make sure that they have appropriate trade agreements, and I think that they're supportive."

More than anything else, she says, these farmers need resolution and clarity — quickly.

"Time is critical," she says. "So then what's the most important thing the administration can do? They can move with speed and resolve these trade issues and resolve those tariff issues."

When the announcement about Ford's promotion to CEO went out, the press release celebrated her achievements, but it made no special mention of an important "first" in Fortune 500 history.

With Ford's promotion, she became the first openly gay female CEO to lead a Fortune 500 company.

In the months since, she's heard from people about how much that "first" has meant to them.

"People have come up to me and said, 'Thank you,'" she says. "And it's not just the LGBTQ community, it is just people in their normal life saying, 'Thank you for being your authentic self and encouraging others to do that.'"

Ford says she's never faced discrimination in her career, but she's definitely considered its potential impact on herself and her family.

"I had made deliberate decisions for some places where I felt as though it may not be as friendly," she says. "I said, 'The job looks great. You're a wonderful leader. I can't be here because I don't think this will be great. My spouse is a woman, and I have a daughter."

Thinking about the dwindling percentage of female CEOs in the Fortune 500, she says progress can't be truly made until the overall number of women leaders increases — something that she sees as "a shared responsibility" for management teams and their talent development programs.

On that path to the C-suite, she calls back to an important lesson, yet again from her mother: "Beth, if you want something, ask for it."

"You expect you're going to be recognized because you've done the hard work, and that isn't actually how it always happens," Ford says.

I-League 2019-20 Live Streaming: When and Where to Watch Indian Arrows vs Real Kashmir FC Telecast

Indian Arrows take on Real Kashmir FC at the GMC Football Stadium in the I-League on Republic Day.Powered by WPeMatico
Read More

Indian women's hockey team captain Rani Rampal is one of the eight sports-persons named for the Padma Awards on the...
Read More

Milos Raonic defeated Marin Cilic 6-4, 6-3, 7-5 to qualify for the quarter-finals of the Australian Open.Powered by WPeMatico
Read More

Josip Ilicic scored the second goal of his hat-trick from a free-kick near the halfway line to help Atalanta beat...
Read More